What a speech! Well, I would say that wouldn’t I? There is no way that a neutral would not have been moved by it. It had a powerful theme running through it. It had vibrancy. It was passionate. It was patriotic. It was inspiring. It was Churchillian. 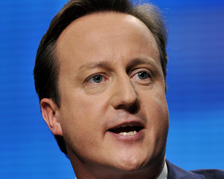 We were reminded, as we have been throughout the conference, that the Liberal Democrats are playing their part. It is an example to everybody that there are times when we have to put adversarial politics to one side to build alliances in the National Interest. That alliance is, in itself, a source of inspiration.

I could say a lot of more specific things about the speech. I will leave the newspapers with the detail. What I would like to get across is the power of the theme.  It was a call to everybody in the Country to take their share of strain and pain.  In a nutshell, we are all being told that we have a contribution to make to a better, more cohesive, more prosperous society.  We have to work hard but there is a reward to look forward to and we will have prevented an even bigger mess for the next generation.

We should be working together.   Contrast Martin McGuiness.  Observe his attitude towards spending cuts and his dismissive attitude towards Owen Paterson’s invitation to consider the costs of segregation.

There is no sense in McGuinness’s mind that the economic pain should be shared, even though the Nation which he covets we should join is suffering much greater pain. There is no willingness to contribute any alternative thinking. There does not seem to be any desire, whatsoever, to engender a cross-community spirit into the Northern Irish people. No, he wants to retain their selfish “ourselves alone” detachment.  His country doesn’t need him!

We know that Sinn Fein is an ultra socialist party. If they had been in control of raising taxes and borrowing money, we know that we would be Greece.  Still, they do bear much of the responsibility for our present economic ills in Northern Ireland.   A public sector which represents 77% of Northern Ireland’s GDP is their legacy.  You would think they would want to do something useful to expunge the memory of it.

They now have elected politicians. They are there to do a job. People expect that of them. If they are not prepared to rise to the plate and take some responsibility, there is only one justified way forward for Sinn Fein politicians.  Resign.

2 Responses to Working together